Off to Makassar in Southern Sulawesi I went from the Banda Islands, not a little reluctantly, but needs must and I really needed to pick up my card which had winged its way across the world in only five days. Arriving at the hotel it was produced at check in time with sighs of relief despite noticing the DHL package had been opened. Profuse apologies were offered and I have to agree my name on the envelope was written in tiny, tiny letters. Time therefore to address the next challenge which was to extend the duration of my tourist visa which I thought might be as easy as last time. Not! The first roadblock I discovered was that the immigration office in Makassar was miles away from the hotel, over an hour ride away. Add this to the ever-present late monsoon leading to torrential rain every day plus thunder, lightning and general gloom and it was time for a rethink. What to do, what to do?

I find if you worry about a problem a solution presents itself in time and lo, the solution presented itself. Two years ago I extended my visa in Balikpapan, Kalimantan, Borneo and a quick check on my phone informed me that a flight would cost less than fifty dollars. Plus I wasn’t having such a great time in Makassar what with the rain and all. I had vague hopes that maybe the weather might be better further north and actually as near as you can get to the Equator. Harrumph, no! More rain in Balikpapan but at lest it was familiar territory, I knew where the restaurants were located and best of all I knew the staff at the Imigrazi office. But as always one step forward two steps backward, the rules have changed; this time I needed a sponsor. Fortunately one of the friendly ladies at the office provided the solution and phoned my hotel manager who had no problem sponsoring me so that was one less form to worry about. There was an interview of course, why did I want to spend more time In Indonesia? The fact that I wanted to see more of the country’s seventeen thousand islands seemed to do the trick. A photo session and then it was done, I had my extension.

I had hopes of another boat ride on the Mahakan River but alas this was not to be. Perhaps it was the wrong season (see previously mentioned rain), maybe I should have booked in advance but everywhere I enquired it was the same shrugged shoulders and no help offered. Maybe there really weren’t any boats going upriver from Samarinda but every day at least four boats with large signs on their hulls cruised past my hotel. I was however quite content to watch the ship traffic on the water, mainly enormous towed barges loaded with coal! The adjacent Mosque was a wonder to behold, the largest in South East Asia and second biggest in the Southern Hemisphere, I will try and attach a photo.

A return visit to the Bahowo Lodge in Manado, Northern Sulawesi, was next up. I had stayed there a while ago and it was as eccentric as ever. Still Marmite for breakfast, scrambled eggs and all the joys of England set amongst the jungle. Extraordinary. Here too there had been exceptional rainfall, the rainy season was supposed to end in early February but there had been so much rain that even the pigsty had flooded. The result of this was that all the pigs had been released into the garden; we had pigs at the back door, pigs snuffling around the dinner table outside in the gazebo, piglets running everywhere. Actually it was all rather charming in a sort of piggy way. As with the school, the health clinic and school bus this pig project was developed for the benefit of the village. Phil and Paula contacted the relevant EU department for the required funds and after a visit from the officials the money was made available and now the village is in pig heaven, as it were. Coincidently my friend Alison who was staying there at the same time two years ago was also visiting and we had lots of laughs. 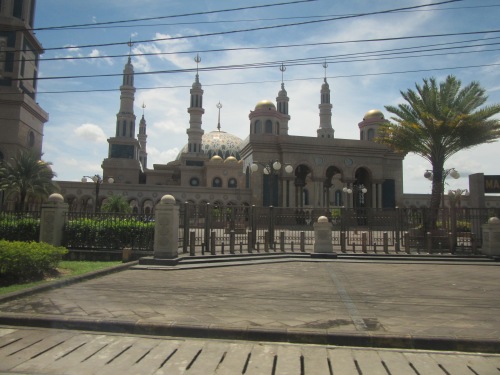 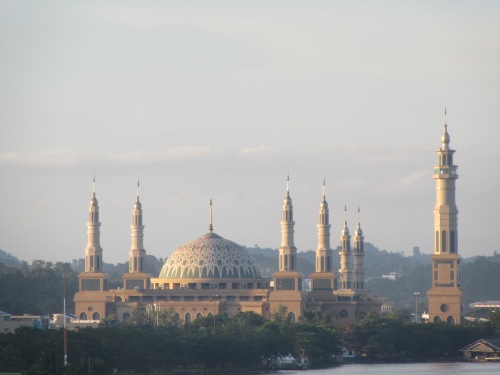 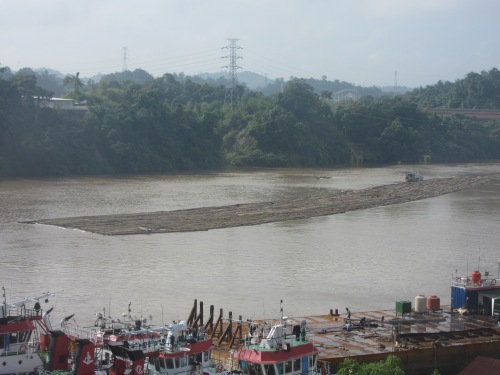 Logs on the river. 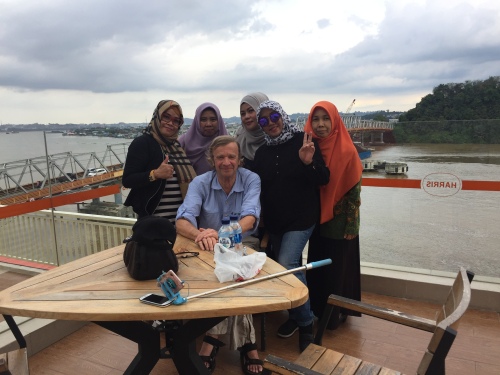 It got kind of crazy sometimes. Not really! 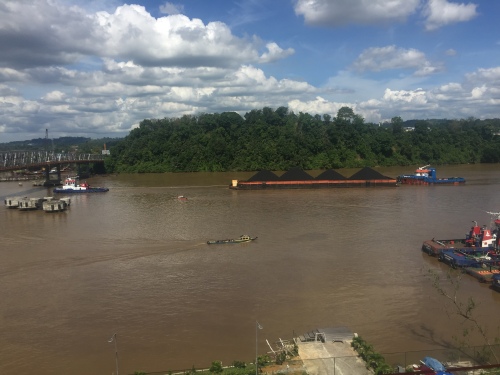 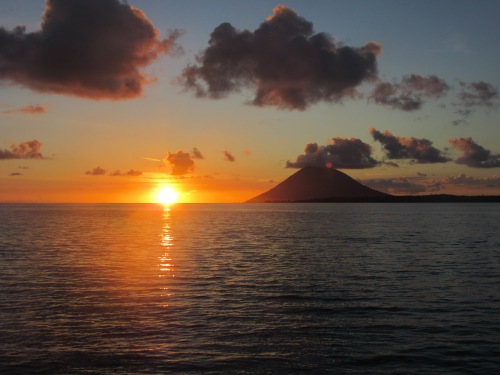 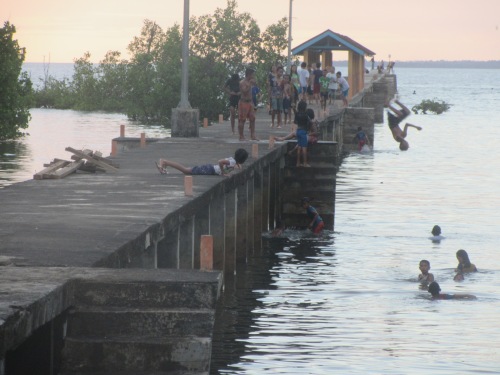 Lots of action at the village jetty in the evenings. 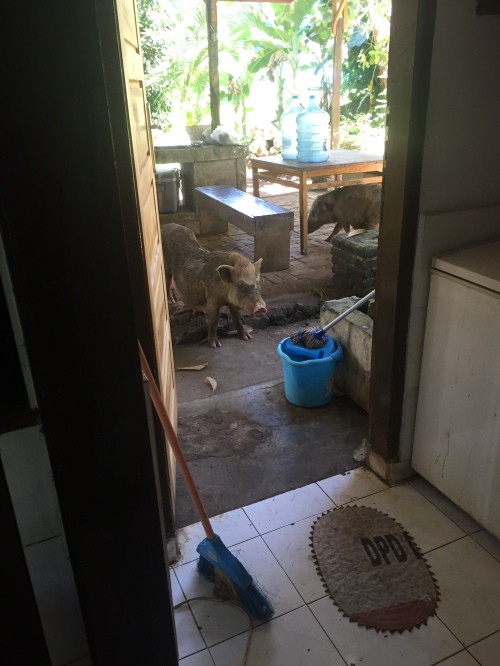 Searching for scraps at the back door.